Speech Contest of the Faculty of International Studies

On June 24th 2019, the 4th Speech Contest of the Faculty of International Studies (FIS) took place in front of an audience of about 160 students and professors at Hanaoka Campus. The field of speakers was various: from the FIS not only Japanese students took the opportunity to share their thoughts, but also Chinese students and one exchange student from Germany studying in the Faculty of Business and Economics, participated.
The FIS Category was won by Sen Hirotaka with his speech, “Experience of Traveling”, and Second Place was taken by Zhang Yang’s “The Cultures of Different Countries”. Honorable Mention was earned by Erika Taketani’s “Making Friends with People from Other Countries” and by Koki Naka, who impressed the audience by his efforts with his speech, “Globalization and Culture”. Tim Warzawa, the only participant not in the FIS, won the Special Category with his thought-provoking speech, “Isolation or Participation”.
The students presented their experiences in foreign countries or talked about friends they got to know during exchange programs which the University organized. They also shared their opinions and observations on topics of international interest. In the weeks before the Speech Contest the students prepared themselves intensively for their performances.
A committee with four FIS professors asked the speakers questions afterwards and rated the speeches. The floor was opened to any of the audience for questions as well. In the end, the audience appeared appreciative about the effort expended by the participants in writing, practicing and giving their speeches. Students will have a further chance to participate at the second Speech Contest later in the year and to again impress with their thoughts and ideas. 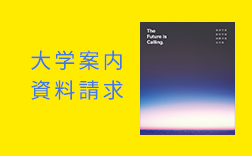 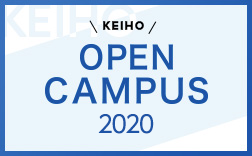